Verhoeff – a vital cog for Spartans 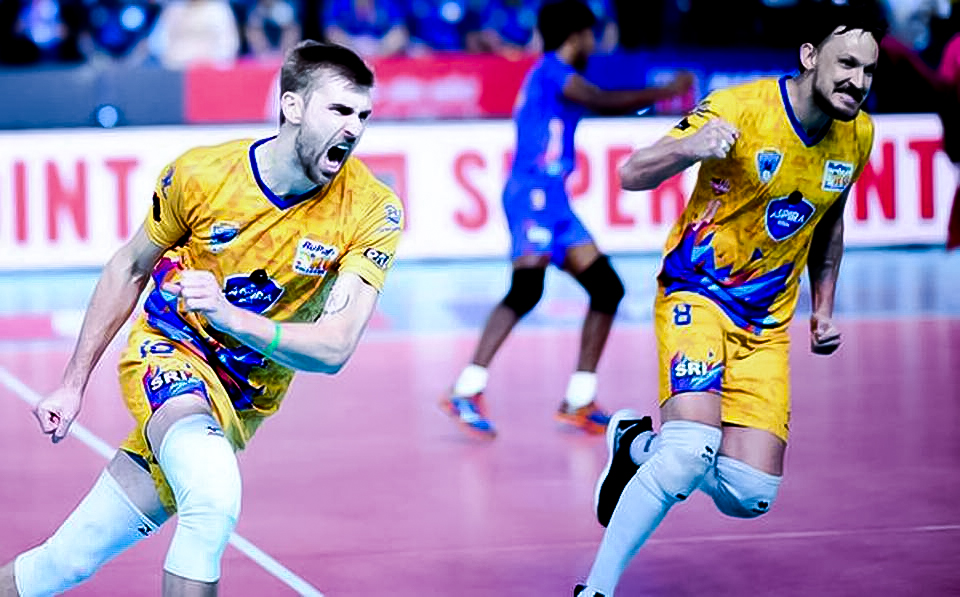 Universal Rudy Verhoeff (Canada) has been a key player in Chennai Spartans’ run to the semifinals. He has scored almost 40% of his team’s spike points (69 out of 173). He has also got the most spike points in the league stage. But a marked difference, by his own admission, is his switch from float serve to spike serve. It has helped him, going by his performance so far. He’s a specialist float server, though. He says the reason for his switch is the ball that’s being used. “Here, I’ve been spike-serving with power. The main reason is the ball is different here. “This ball drops with topspin. Whereas, the Mikasa ball that’s normally used in the international competitions floats a lot more than this ball does.

“Personally, I’ve had a hard time float serving with this ball, but then there’s this super serve rule (two points for the serve that hits the ground directly, untouched by any opposition player) here that makes it advantageous to hit the ball hard and try hit it to the ground. “Almost the very first time we played with this ball, I knew what type it is. So the combination of the type of ball and the super serve, made me decide it’s best to spike serve.
“And, so far, it’s been going well. I mean, I’ve had a pretty good result.”
Verhoeff says it’s been easy for him to bond with attacker Ruslans Sorokins (Latvia) since they both have experienced the European/Western style of volleyball that’s helped them have a similar approach to the game. “Also, everything here is new for both of us,” he adds.
Sorokins says the Indian style is “powerful volleyball”.

“Like, spiking hard. Less thinking, I would say. I’m sure they have strategies, but they are different from the ones we’re used to. But sometimes they need to play a bit simpler,” he adds.Sorokins says the league shouldn’t be one-off and needs to be continued. “Bring in a lot more foreign coaches, maybe.” He adds it will be good for Chennai to settle scores with Kochi in the semifinal on Wednesday, having lost to it in the league stage. Verhoeff says it will be interesting to see how Kochi plays outside Kochi (having played all games there so far).