We started making more mistakes as a group, says Verhoeff 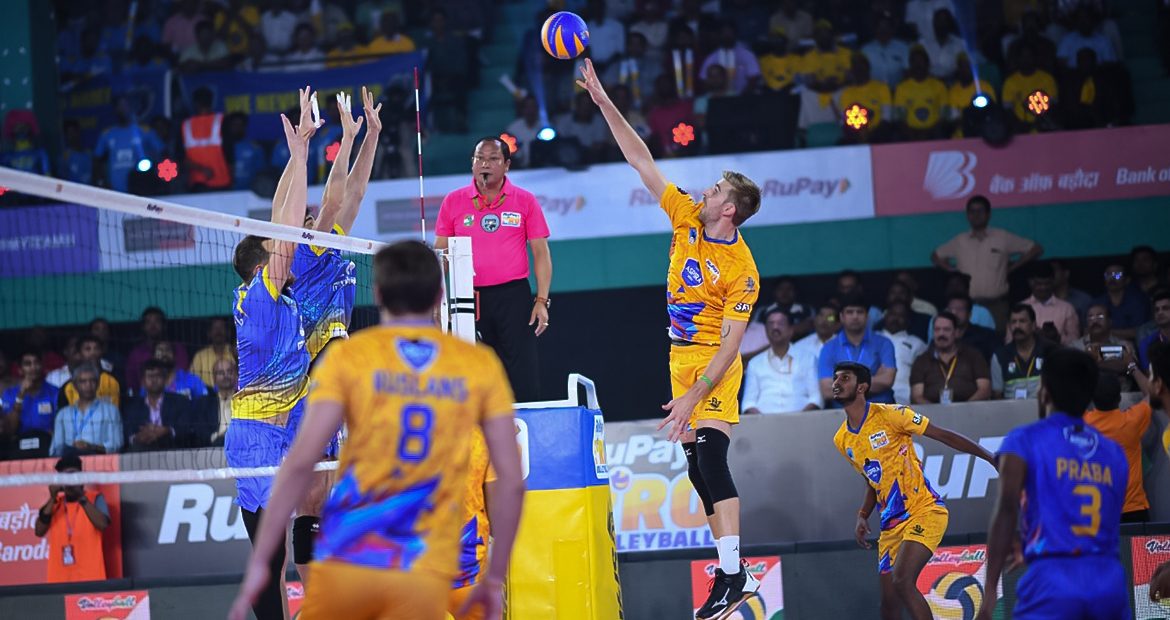 Chennai Spartans will vie with three other teams for the remaining two Playoff spots after going down to Kochi Blue Spikers 2-3 in an engrossing clash in the RuPay Pro Volleyball League in Kochi on Monday. Spartans conclude their league engagements with back-to-back matches against U Mumba Volley (Feb 16) and Ahmedabad Defenders (Feb 17) after the competition shifts to Chennai for the business end.

Spartans won the opening two sets in style against Kochi but lost the plot thereafter. “What turned the match around was they started playing better,” Rudy Verhoeff told a post-match news conference. “We started making more mistakes as a group. Akhin GS sustained an injury, he battled through and he was hurting. He gave us a chance that we needed in the final set but we didn’t take it,” he added. Kochi and table leaders Calicut Heroes look assured of spots in the Playoffs while Spartans’ lone win came against Black Hawks Hyderabad.

“In our home ground we will have a lot of support,” captain Shelton Moses said. “We will look to play better in the upcoming matches,” he added. Head coach MH Kumara expressed confidence that his team will strike back. “I’m sure we will come back strongly in the next two games,” he said. Akhin’s injury restricted his movements. I felt we relaxed after winning the first two sets,” he concluded. Spartans belong to the House of KALS, a passionate and committed corporate entity that has been involved in developing volleyball in Tamil Nadu for over three decades.