Spartans stun Spikers, to meet Calicut Heroes in the final 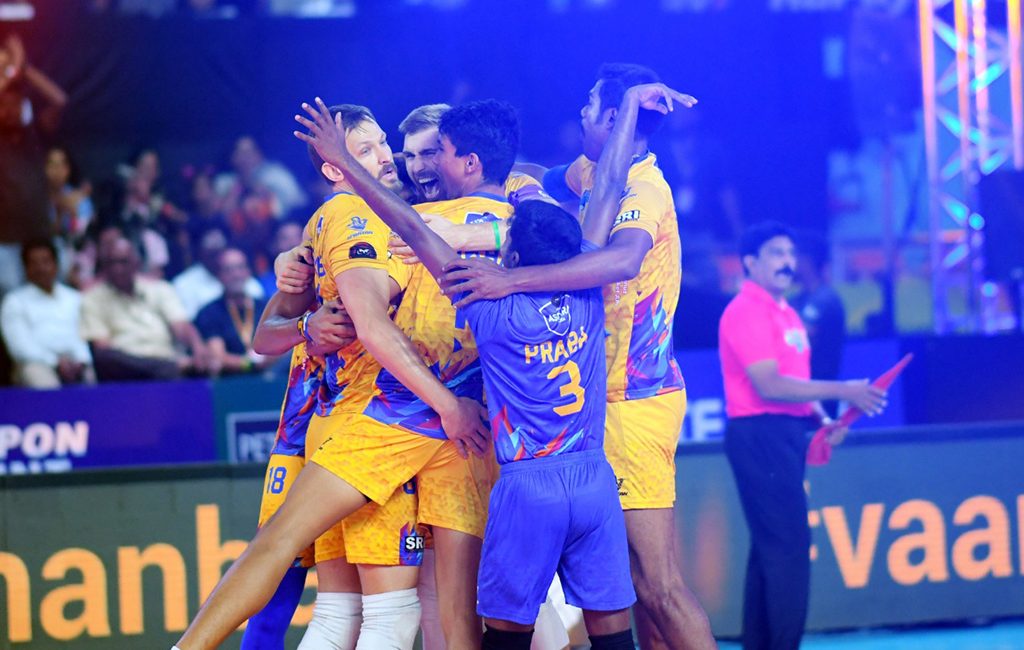 Chennai Spartans rallied spectacularly to edge out Kochi Blue Spikers 3-2 (16-14, 9-15, 10-15, 15-8, and 15-13) in a thrilling second semifinal of the RuPay Pro Volleyball League at the Jawaharlal Nehru Stadium in Chennai on Wednesday. Spartans will meet league table toppers Calicut Heroes for the title on Friday. Spirited Spartans exacted revenge over Spikers after having lost to them in the league phase despite holding a two-set advantage. Matches in the Playoffs are being played in a best of 5 set format with each set of 15 points each. In the event of scores being 14-14 in any of the sets, the team that first establishes a difference of two will end up winning the set. However, in the event of score reaching 20-20, the 21st point will be the deciding point.

Player of the match Ruslans Sorokins, who top-scored for Spartans with 17 points, won the final three points to help Spartans clinch the opening set after the teams were level on 13-all. Spikers, who finished second on the league table, won the next two sets to put the pressure back on Spartans. However, Spartans didn’t buckle, and in fact, with a vociferous home crowd egging them on, came out strongly. Kapil Dev KJ registered a Super Serve to give Spartans a 9-6 lead in the fourth set while Rudy Verheoff, who scored 11 points, scored a Super Point to make it 12-7 as the hosts sealed it.

Spikers rallied in the final set to level at 9-all before Naveen Raja Jacob (13 points) scored four crucial points to help the hosts register a stunning win. Spartans belong to the House of KALS, a passionate and committed corporate entity that has been involved in developing volleyball in Tamil Nadu for over three decades.