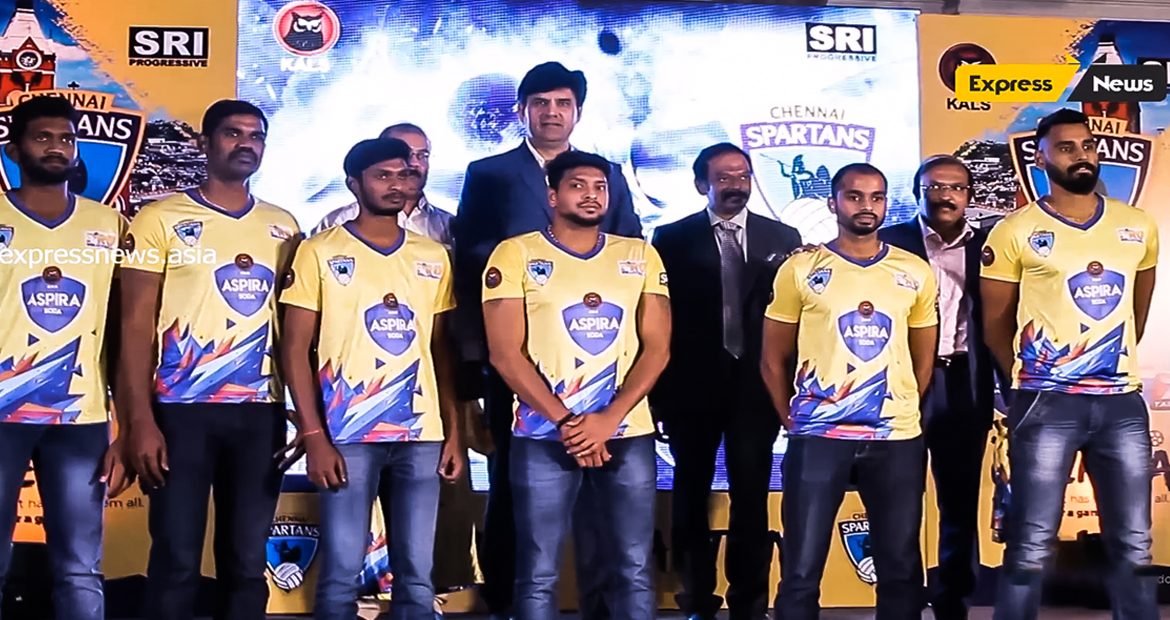 We go in with an open mind, says Chennai Spartans’ Team’s Corporate Communications & Branding Officer “We would like to go with the flow,” said Chennai Spartans’ Team’s Corporate Communication & Branding Officer Dr Uppiliappan Gopalan ahead of the inaugural Pro Volleyball League Player Draft and Auction to be held in New Delhi on Friday, December 14. “At any auction, how much ever you prepare and go, there are bound to be surprises. We, therefore, have our spellbound strategy in place to pick a strong and balanced squad. We understand the existing competition, so we will go with an open mind and go with the flow,” he added. Chennai Spartans is one of six franchises that will take part in the inaugural edition of the competition to be held in Chennai and Kochi between February 2 and 22. The other teams are Calicut Heroes, Ahmedabad Defenders, Black Hawks Hyderabad, Kochi Blue Spikers and U Mumba Volley.

Chennai Spartans from the house of KALS Group – Passionate & Committed Corporate Entity that has been involved in growing Volleyball in Tamil Nadu for the last 3 decades now. “One of the core agenda of Kals Group is Corporate Social Responsibility. Chennai Spartans- An integrated part of KALS Group believes that Volleyball is one sport that connects the rural youth of Tamil Nadu.

“We have a passion towards the growth of volleyball. This is the primary reason we took up a Pro Volleyball League team, to promote the game, inspire the youth to take up the sport, help unlock and unleash their potential.”- says Mr. Rajasekaran Sivaprakasam – Chairman of Chennai Spartans
Olympic gold medallist David Lee of the United States will headline the International players in the draft that also include Canada’s Rudy Verhoeff, USA’s Paul Lotman and Carson Clark, Serbia’s Novika Bjelika and Turkey’s Tomislav Coskovic.

A total of 117 Indian players have been categorised in four categories – Icon players, Indian senior International players, domestic players and under-21 players – for the auction.Akhin, Ukkra Pandian, Deepesh, Gurinder Singh, Vinit Kumar, Jerome Vinith and S Prabhagaran form a part of the Indian Icon players list. The inaugural season will feature 12 players in each team with the provision of a maximum of two reserve players. Franchises have a salary purse of Rs 75 lakh. Each squad must have two senior Indian international players, an Indian Icon Player and a minimum of two Indian U-21 players. “It’s exciting to be a part of Pro Volleyball League, we have a passion for the game and we look forward to bring great laurels to our City besides developing the Volley Fraternity through unlocking and unleashing the innate potential of Rural Youths by bringing them to the limelight to get global recognition,” Dr Gopalan concluded by saying.