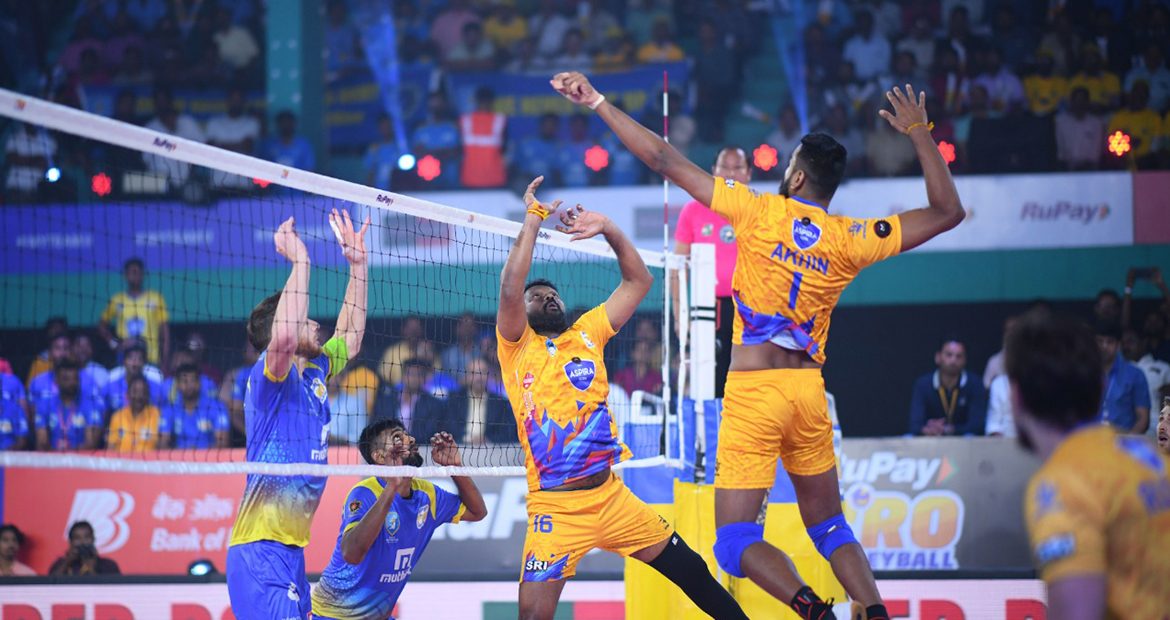 Chennai Spartans went down to Kochi Blue Spikers 2-3 (15-12, 15-10, 11-15, 13-15, 10-15) in a thrilling RuPay Pro Volleyball League in Kochi on Monday. It was Spartans’ second defeat in three matches. They had beaten Black Hawks Hyderabad after having lost the opening round to Calicut Heroes.
Spartans, who are still in the race for a spot in the Playoffs, will conclude their league engagements with back-to-back matches against U Mumba Volley (Feb 16) and Ahmedabad Defenders (Feb 17) after the competition shifts to Chennai for the business end.

Arjuna award winner setter Kapil Dev KJ was back in the thick of action as Spartans took a 7-5 lead in the opening set before closing it out with a breathtaking display of fluid, all-court game.In the second set, Naveen Raja Jacob strung together three points before Ruslans Sorokins closed it out.
Kochi dug deep to win the next two and take the keenly-contested clash to the decider as Spartans began to commit errors. Kochi won the third set but not before Spartans levelled at 9-9 at one stage.

In the fourth set, Spartans’ Rudy Verhoeff scored five points to make it 7-7 after V Hariharan substituted for setter Kapil early. Verhoeff scored a Super Point and Naveen Raja Jacob struck to make it 10-10. However, Kochi pulled ahead. After two straight wins, the momentum appeared to have shifted to Kochi which didn’t give anything away easily. Spartans belong to the House of KALS, a passionate and committed corporate entity that has been involved in developing volleyball in Tamil Nadu for over three decades.