It was a team effort, says Spartans head coach 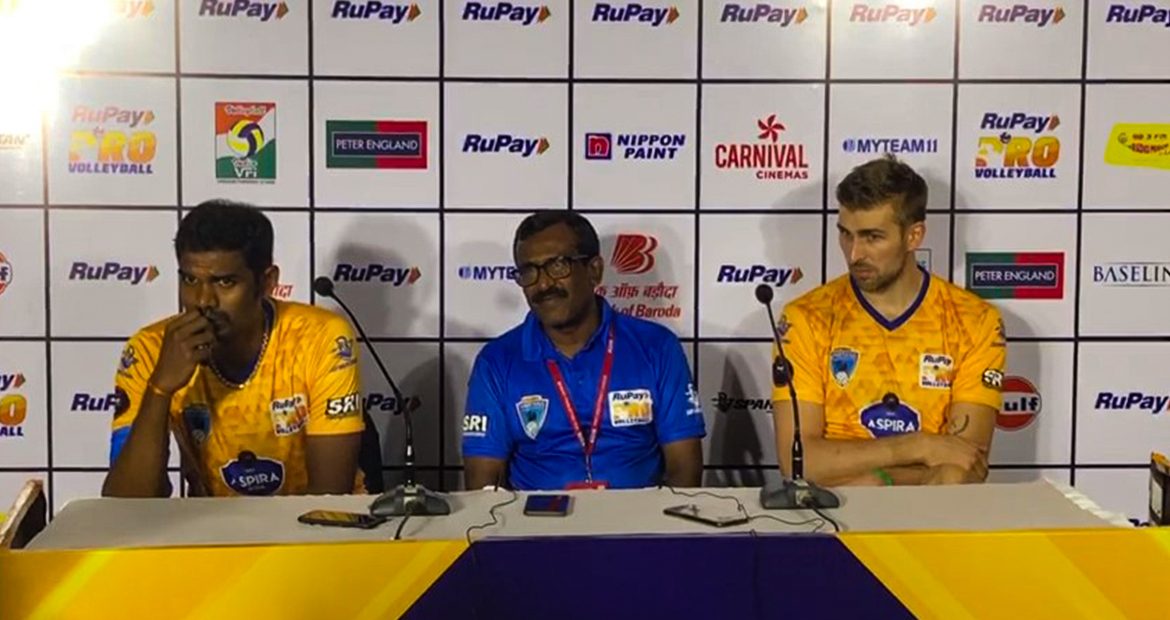 Chennai Spartans’ Head coach and captain highlighted the key role played by setter V Hariharan in Thursday’s commanding 4-1 win over Black Hawks Hyderabad in the RuPay Pro Volleyball League in Kochi.“The setter plays a key role to the point that the outcome of the match depends on him,” Head coach MH Kumara told a post-match news conference. Captain Shelton Moses was all praise of the Tamil Nadu setter, who came in as a substitute for the experienced Kapil Dev KJ.
“Hari stepped up and played really well. It is not possible to expect everyone to be at their best every single day; thankfully for us Hari delivered big,” Moses said.
Kumara spoke of how Arjuna awardee Kapil egged on and advised Hariharan during the clash. “We planned and prepared in training for Hari in the event of the opposition reaching over Kapil,” the Head coach stated. “Kapil guided everyone, especially Hari. His experience is playing a big role.”

Spirited Spartans bounced back from their opening league round defeat to Calicut Heroes with a breathtaking display of fluid, all-court game. “We had to win today and played all out,” Moses said. “We had a plan in place and were confident. Despite trailing (in the first set) we didn’t lose confidence and that’s why we rallied to win the set.” Naveen Raja Jacob (16 points), Ruslans Sorokins (13), Verhoeff (10) and Akhin GS (8) were the leading scorers for Spartans.
“It was a team effort, really. The boys played really well. Rudy, Ruslans, Naveen brought the team back with a bang,” Kumara said. Spartans, who play Kochi Blue Spikers next on Feb 11, missed a whitewash and the extra point as Hyderabad won the final set. “Losing the final set is not a cause for worry,” Verhoeff said. “This is the first time that everyone’s playing the 15-point format. It’s like a lottery. We had a chance to win but we made mistakes. We are happy with the victory,” he concluded. Spartans belong to the House of KALS, a passionate and committed corporate entity that has been involved in developing volleyball in Tamil Nadu for over three decades.