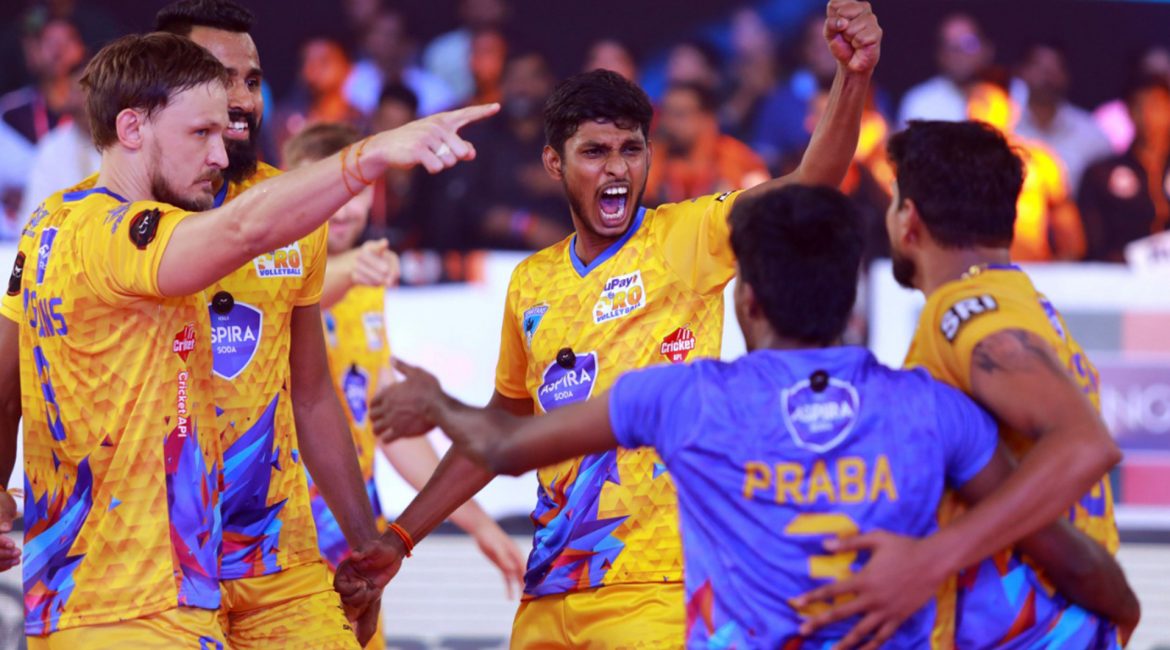 Chennai Spartans put up a dominant show to thump Black Hawks Hyderabad 4-1 (15-12, 15-12, 15-11, 15-10, 13-15) in their second outing in the all-play-all league phase of the RuPay Pro Volleyball League in Kochi on Thursday.Dominant Spartans bounced back in style from their opening round defeat to Calicut Heroes with a breathtaking display of fluid, all-court game to tame Hyderabad, which had edged out Ahmedabad Defenders 3-2 in their season opener.In fact, Hyderabad raced to 5-0 lead in the opening set before Spartans rallied brilliantly. Skipper Shelton Moses’ super point helped Spartans close in on the opposition at 8-10 and strikes from Naveen Raja Jacob, Akhin GS and Rudy Verhoeff saw them go 1-0 up.

Spartans jumped to an 8-4 lead in the second set with Jacob and Ruslans Sorokins making it count. However, Hyderabad fought back to take a one-point lead at 11-10 before Verhoeff, Sorokins and Akhin helped Spartans pull away for a 2-0 lead. Sorokins was in the thick of the action as Spartans went up 7-4 in the third set. Hyderabad drew level before a burst of five points by Player of the match Jacob that featured a Super Point and Super Serve closed it out for the Chennai side. Spartans were on a roll as they grabbed the fourth set but Hyderabad denied them a whitewash by winning the decider after the teams were level at 11-all. Jacob (16 points), Sorokins (13), Verhoeff (10) and Akhin (8) were the leading scorers for Spartans, who next play Kochi Blue Spikers on Feb 11. Spartans belong to the House of KALS, a passionate and committed corporate entity that has been involved in developing volleyball in Tamil Nadu for over three decades.