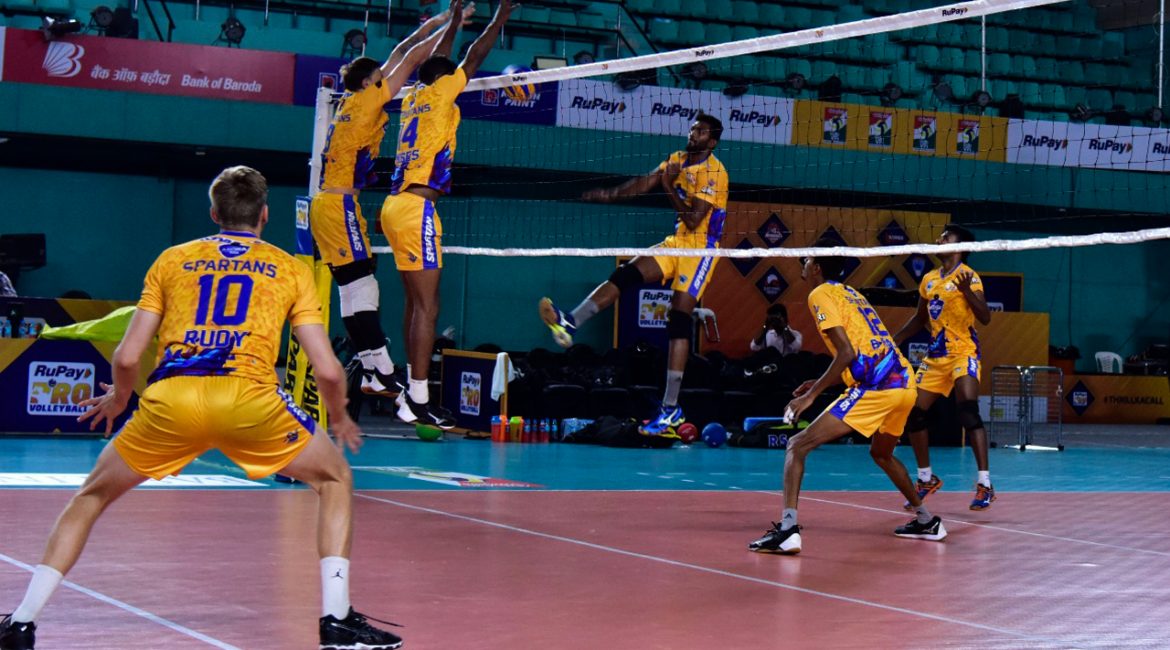 Chennai Spartans will take on Kochi Blue Spikers in the second semifinal of the RuPay Pro Volleyball League at the Jawaharlal Nehru Stadium in Chennai on Wednesday after Rudy Verhoeff turned in a 20-point performance to help seal the knockout spot with a 4-1 win over Ahmedabad Defenders on Sunday.
“The beauty this time was in the way Rudy carried the team with him, he lifted the overall performance of the team,” Spartans’ Head coach MH Kumara told a post-match news conference. “Ruslans Sorokins was also exceptional. In fact, the boys played impressively today as a team. Losing to U Mumba Volley in the previous match was disappointing. We’d like to thank our supporters as well for really backing us,” Kumara added.

Spartans finished third behind table toppers Calicut Heroes (11 points) and Kochi Blue Spikers (8 points) with four points and a better set and point difference over fourth-placed U Mumba Volley. Spartans had lost to Spikers in the group phase after winning the opening two sets. “We will prepare for that, we need to play different, approach the match differently, our mindset especially,” said Kumara. Skipper Shelton Moses agreed with the coach.

“During our meeting in Kochi, we made small mistakes and that cost us the match. We need to minimise those. We know how they play, and hopefully we will win this time around at home,” the skipper stated. Verhoeff, adjudged Player of the match against Ahmedabad, scored 20 points is three matches this season and is currently the tournament’s leading scorer with 80 points. “Felt good that the 20 points today helped us win and get to the semifinals. Hope to win the semis,” Verhoeff said. Spartans belong to the House of KALS, a passionate and committed corporate entity that has been involved in developing volleyball in Tamil Nadu for over three decades.