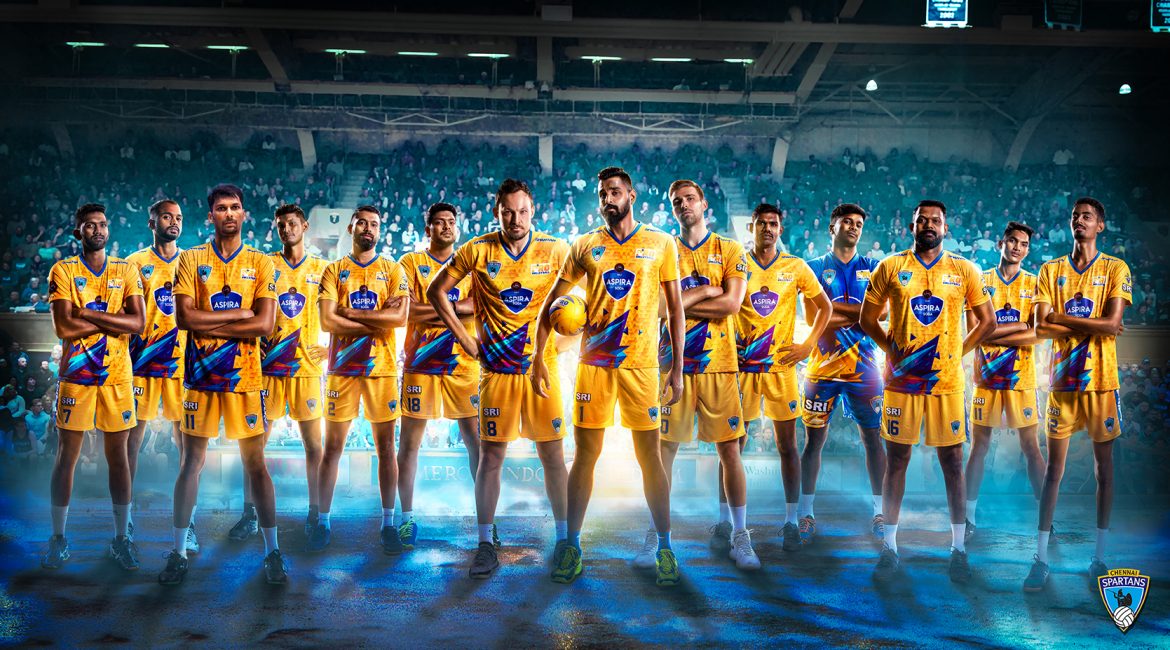 Chennai Spartans are looking to play a fluid, all-round game in the inaugural RuPay Pro Volleyball League which kicks off in Kochi on Saturday (Feb 2). Star-studded Spartans open their campaign against Calicut Heroes on Sunday (Feb 3), also in Kochi. “During our training sessions, our coach MH Kumara laid a lot of emphasis on maximizing player potential. Not just one aspect of the sport, the sessions have always been about all-round game, be it in our attacks, defence, blocking or in setting,” Spartans’ manager Nadarajan Jayakumar said. Ahmedabad Defenders, Black Hawks Hyderabad, Kochi Blue Spikers and U Mumba Volley are the other outfits in the six-team field for PVL-1, to be played in an all-play-all round-robin league with the top-four finishers making it to the Playoffs.

PVL action will shift to Spartans’ home of Chennai from Feb 16 until the end of the season on Feb 22. Led by Shelton Moses, Spartans are one of the most experienced line-ups in the competition, with two high-profile overseas stars in Olympians Ruslans Sorokins (Latvia, attacker) and Rudy Verhoeff (Canada, Universal), blocker Akhin GS and setter Arjuna awardee Kapil Dev KJ, among others.“We have a strong team put together with the right balance of experience and youth. Our target is to make it to the Playoffs so that we can take advantage of home support during the second leg in Chennai,” Moses stated.

In a bid to make the competition faster and more spectator-friendly, the round robin matches will witness five sets of 15 points each with the first to reach 15 winning the set. The Playoffs will see each set played to 25 points with the winning team awarded 2 points. If a team wins by 5-0, it will be called a whitewash and the winning team will be awarded 3 points for the same. The tournament’s organizers have also introduced Super Serve and Super Point. Each ace served will give the serving team two points, which will be called Super Serve. Each team can call for a Super Point once every set. If the team calling the Super Point wins the point it will get two points and if the team loses the point the opposing team gets a two-point advantage. The Super Point, though, can only be taken before a team has reached 11 points and cannot be carried forward. Spartans belong to the House of KALS, a passionate and committed corporate entity that has been involved in developing volleyball in Tamil Nadu for over three decades.

“The moment that we have all waited for, the much-awaited inaugural Pro Volleyball League, is upon us,” said Spartans’ Corporate Communication & Branding Officer, Dr Uppiliappan Gopalan. “The team has prepared well and we look forward to three weeks of exciting action.”
All the matches will be broadcasted live on Sony Six and Sony Ten 3 and will be streamed live on Sony LIV.