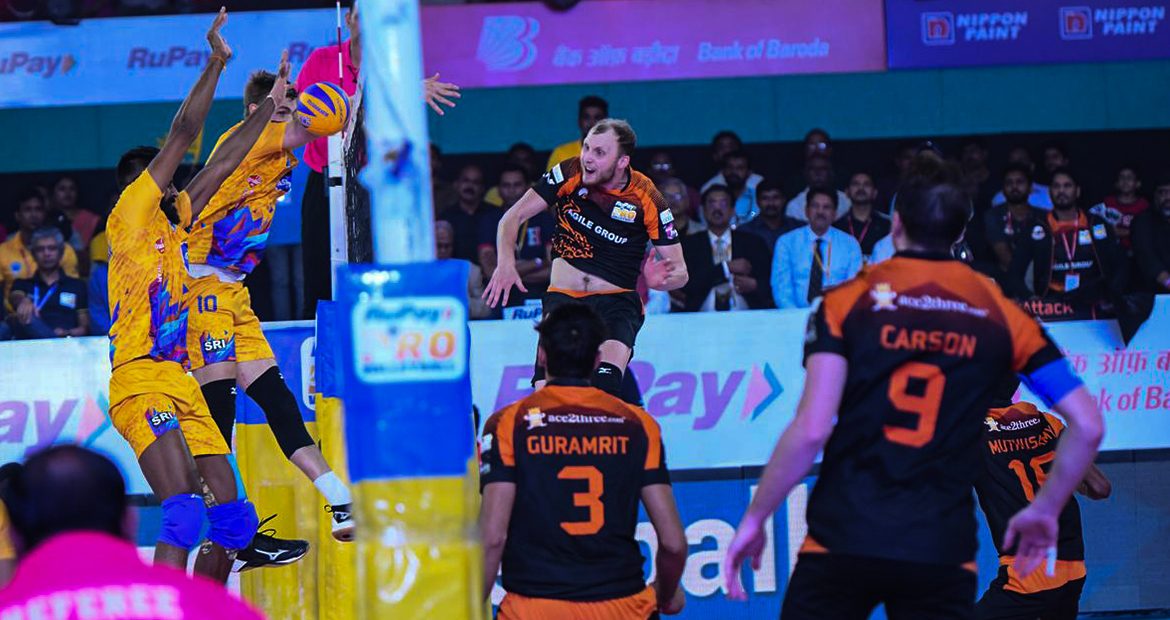 At 8-2, Black Hawks Hyderabad looked set to take home the first set. Post the first Technical Time Out, Chennai found their feet as they levelled up at 10-all thanks to handful of errors from Black Hawks and conversion of Super Point with a brilliant serve by skipper Shelton Moses. At 11-10, Black Hawks called for a Super Point but a fault on the serve by Prashant P handed a one-point lead to Chennai. From there, Chennai settled the matter in their favour at 15-12. Riding on the high of winning the first set, Chennai raced into a 5-1 lead as Jacob, G S Akhin, and Rudy Verhoeff spiked their way through the Hyderabad defence. At TTO, Chennai was leading 8-4 and immediately called for a Super Point but Ashwal Rai’s spike helped Hyderabad break Chennai’s serve and win the Super Point.

Hyderabad called for a Super Point at 8-10 and it was Alex Bader who intercepted Chennai’s weak receiving with an inch-perfect spike to level the scores at 10-all. But exactly as it happened in first set, Chennai got five points compared to Hyderabad’s two to win the second set 15-12. For Hyderabad, third set was crucial to stay alive. But Jacob took the matters in his hands from there scoring six points by himself. At 10-9, Hyderabad called for a Super Point and lost it to a spike from Jacob. He followed it up with a Super Serve and another serve point to kill the momentum that Hyderabad tried to gather. Expectedly, Chennai won the third set 15-11 to take an unassailable 3-0 lead in the match.