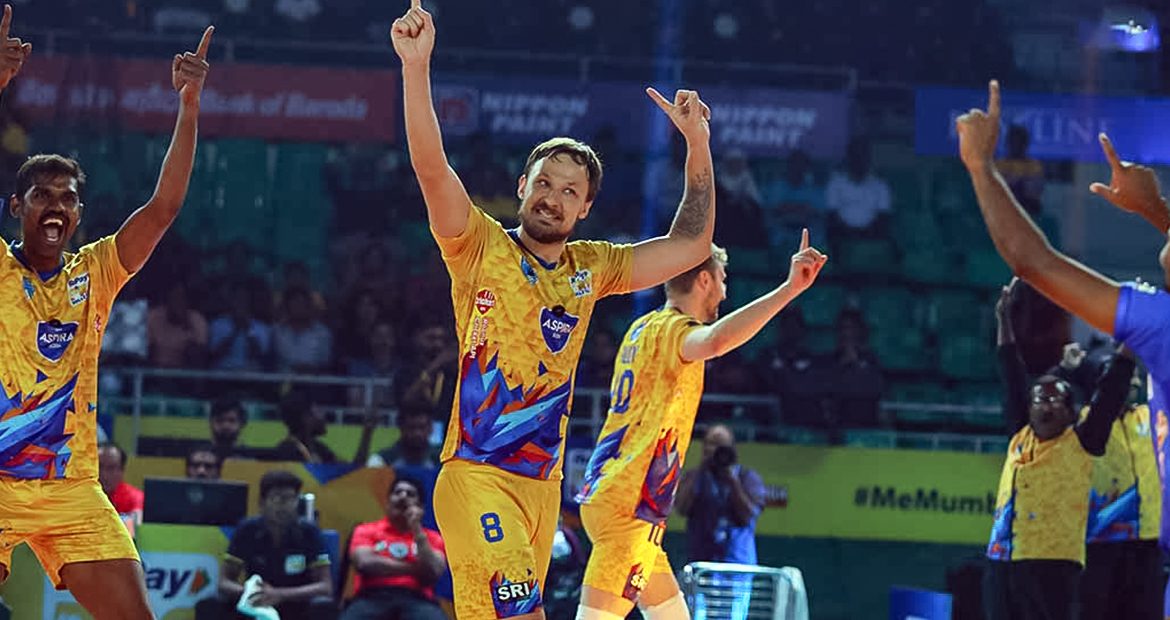 In a must-win match for both sides, Chennai Spartans came out all guns blazing to beat Ahmedabad Defenders 4-1 (15-6, 13-15, 15-13, 15-11, 15-12) and reach the semifinals of the RuPay Pro Volleyball league here at the Nehru Indoor Stadium on Sunday.The win was largely thanks to the splendid performances from the trio of Rudy Verhoeff (20 points), Ruslans Sorokins and Naveen Raja Jacob (17 points each). In the first set, Spartans produced a clinical display with seamless coordination and barely committed any errors. The home team raced to a 6-2 lead with Naveen and G.S. Akhin leading the charge initially before Verhoeff produced a super serve and a spike. Naveen then came up with two powerful spikes including one on the super point to take the set 15-6.

The second set saw the Defenders come up with a more disciplined approach while at the same time benefiting from unforced errors from Spartans to race to a 7-2 lead with Mandeep Singh producing some powerful spikes. Spartans’ other foreigner Ruslans Sorokins was the only one on target producing two spikes and a block, including a spike on super point to narrow the lead at 7-8. From there on both teams were neck-and-neck, though Defenders had its nose ahead. At 13-14, Naveen went for a big serve and missed the line narrowly surrendering the set. The third set was another close one, where both teams tied at 9-9 at one point. However, it was Spartans that held the nerves better at crucial junctures with Naveen once again proving how dangerous he could be when he gets going.

Defenders played the super point with G. Vaishnav producing a spike to get a two-point lead but Spartans and Naveen fought back similarly to level it at 11-11. Naveen then produced a service winner before an unforced error from the visitors gave Spartans a two-point lead. The home team then took the set with spikes from Verhoeff and Sorokins. The fourth set belonged to Verhoeff as he scored seven points with a mix of powerful and deftly placed spikes as the Defenders had little answer to the Canadian’s prowess. The home team always had a comfortable edge and closed out the set and match at 15-11 handing Defenders its fourth defeat in as many matches.