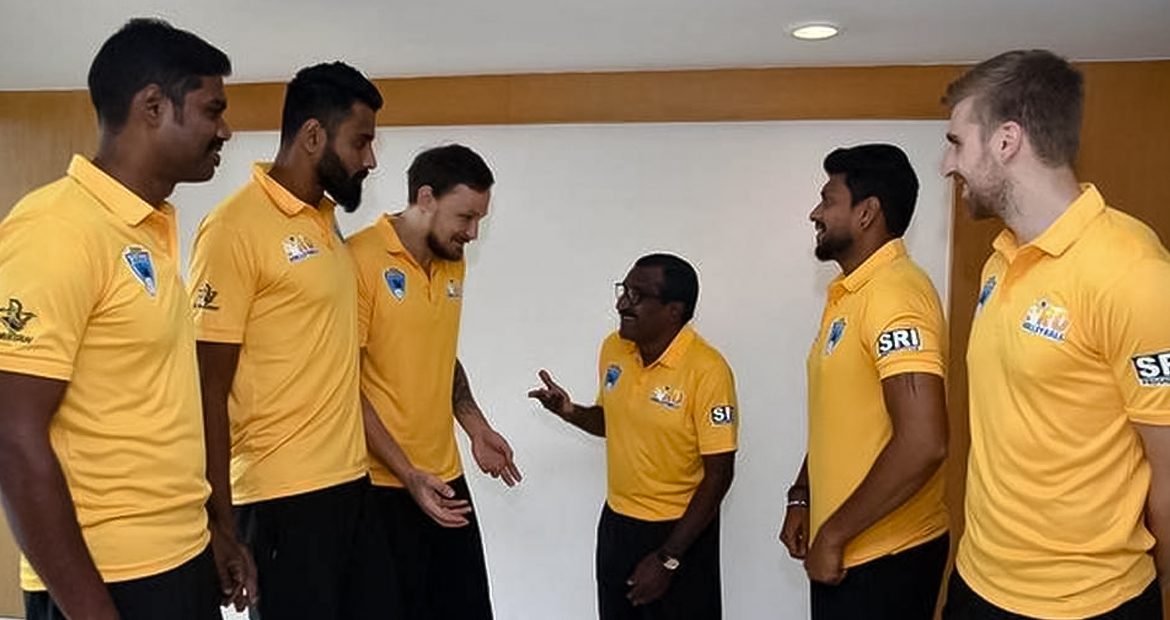 The Chennai Spartans team is confident and is eager to prove its worth in the RuPay Pro Volleyball League scheduled to be held in Kochi and Chennai from February 2 to 22. The Chennai leg will begin on Feb. 16. The team has been practising at the ICF indoor stadium here for the last fortnight. At the press conference here on Monday, the Chennai outfit announced veteran blocker from Tamil Nadu, Shelton Moses as captain and Statemate Naveen Raja Jacob (attacker) as vice-captain.

While expressing his happiness at being made the skipper, Moses emphasised that his main job would be to keep the team united. “For me, team unity is important. [I will have to] handle problems and have a clear communication with the coach,” he said.Terming the PVL as a great experience for Indians, Moses said Indians must make the most of the opportunity to improve their skills interacting and watching the foreigners, which in turn will help the Indian team lift its standards. Spartans’ head coach M.H. Kumara described PVL as “a great thing for Indian volleyball and we are fortunate to have two Olympians, blocker Rudy Verhoeff (Canada) and blocker Ruslans Sorokins (Latvia).” Of the many tweaks done in PVL, Kumara said the concept of giving two points for a service ace will put the focus back on serve, which has been neglected in India for long.

“Indians have never excelled in service in International matches. Now weightage is given to service, it is a great thing, said Kumara, who is a FIVB Level-III accredited coach. According to the coach, the new format will make the Indians mentally strong. Naveen said PVL will be a huge boost for youngsters in villages and those studying in SAI hostels as they too can come up and shine in the sport. “We are all excited,” said Naveen, who has competed in similar leagues in Iran (2011) and Oman (’13). Kerala’s blocker G.S. Akhin, an icon player, said it was nice to be back in Spartans’ after being part of the TN team that won the Senior Nationals in 2013. Verhoeff and Sorokins felt that India has very good attacking players, but it has a lot of catching-up to do in other areas.