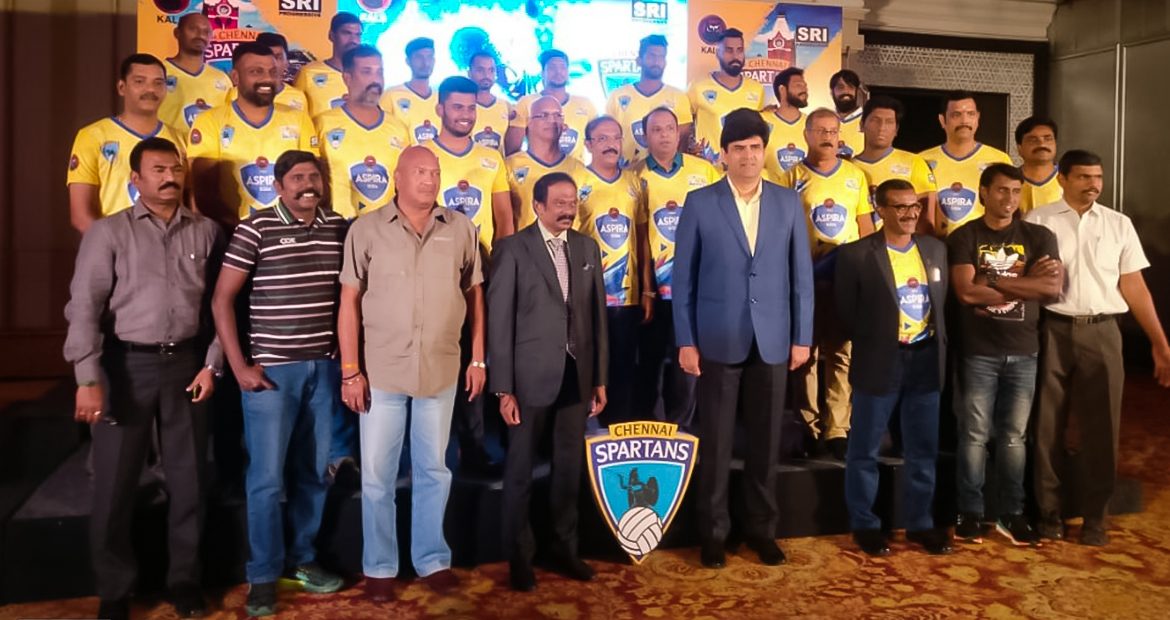 Chennai Spartans, one of six teams in the Pro Volleyball League, have unveiled the logo and player jersey at Chennai today (Thursday).The inaugural edition of the Pro Volleyball league will be played at Kochi and Chennai from February 2 to 22. The other teams in the league are Ahmedabad Defenders, Calicut Heroes, U Mumba Volley, Hyderabad Black Hawks and Kochi Blue Spikers. M H Kumara, a FIVB Level-3 coach, would be the head coach of the franchise and M Ramesh, a former national coach, would be the team’s assistant coach. “I am confident that Chennai Spartans will take this sport to the next level, in line with global standards,” said Rajasekaran Sivaprakasam Chennai Spartans Chairperson. The event also witnessed the introduction of team players, as well as the launch of the franchises website. Sivaprakasam, Chairman of Kals Group, unveiled the team logo, while Vasudevan Sivaprakasam and Ramavtar Singh Jakhar, President and General Secretary respectively of the Volleyball Federation of India, launched the jersey. Hamini Reddy, Director, Chennai Spartans, launched the website.

The league will witness a round robin format with each team playing the other once. The top four teams will qualify for the semi-finals. Chennai will host both the semi-finals and the final. Kumara expressed confidence that the league will go a long way in enhancing the profile of the sport. “The league is good for the development of volleyball. It is the first of its kind in Asia. Some of our domestic players will get to rub shoulders with Olympians from other countries. That will only help them to get a better understanding of the game and areas they need to work on,” he added. On the composition of the squad, Kumara said “We went for experience during the auction. Almost all the six teams look balanced. The format is slightly different in that it will be a 15-point game as opposed to the usual 25. And so every point will be crucial in determining the outcome.How we do in crunch situations will hold the key to how far we will advance.” Naveen Raja Jacob,one of the key players of the Spartans, said the team will take part in a 20-day camp from January 14 after the the senior national championship, currently underway in the city.