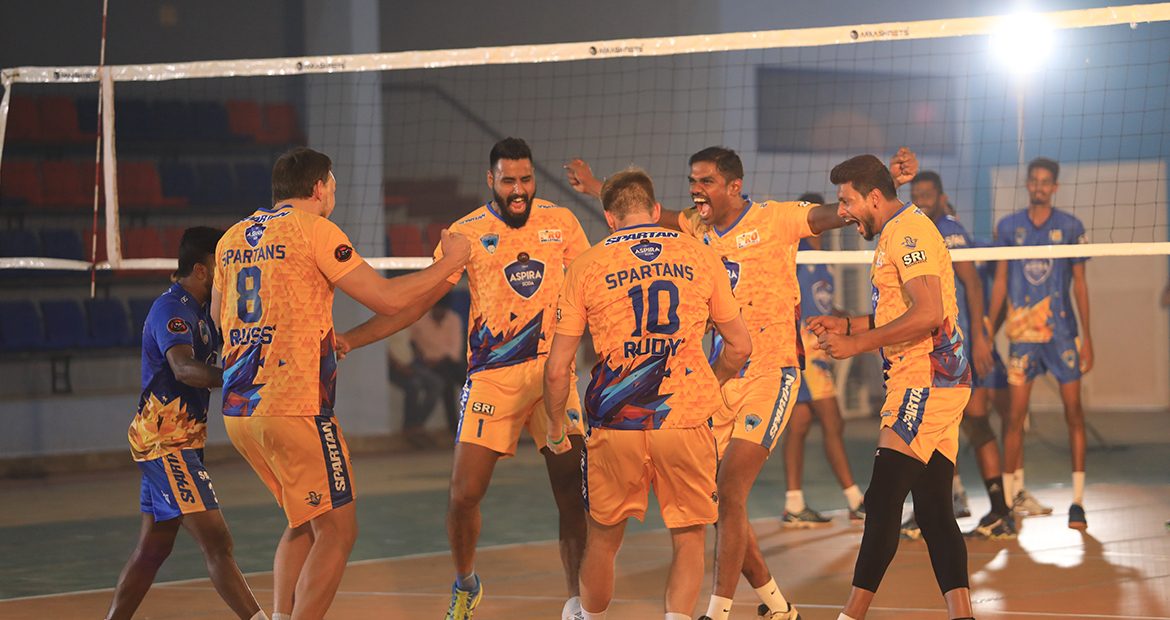 The Pro Volleyball League (PVL) starts in Kochi from February 2 and Chennai Spartans ‘ head coach MH Kumara wants his players to dish out ‘total volleyball’ ‘ at the inaugural edition of the competition. “During our training sessions, we have laid emphasis on not just one aspect of the sport. Be it in our attacks, defence, blocking or in setting – the sessions have always been about maximizing the player potential. We feel we have covered all bases,” Kumara said on Monday. With the PVL awarding 2 points for each ace served by a player, Spartans are understandably putting in extra hours to get their services on target. “A player usually gets one point for serving out an ace, but in PVL he will be awarded two. Our players tend to overlook the service part of the sport, but after featuring in PVL – they will realize its importance,” Kumara added.

While the Indian members of the squad have been training at the ICF ground here from January 17, the overseas recruits – Ruslans Sorokins from Latvia and Canadian – joined them on January 21. “Our team is lucky to have two Olympians in Rudy and Ruslans. Despite taking a long flight to reach here, they showed no signs of jetlag and began practice on the day they arrived and it shows their commitment to the side,” the coach said.