We will bounce back strongly, says Spartans head coach 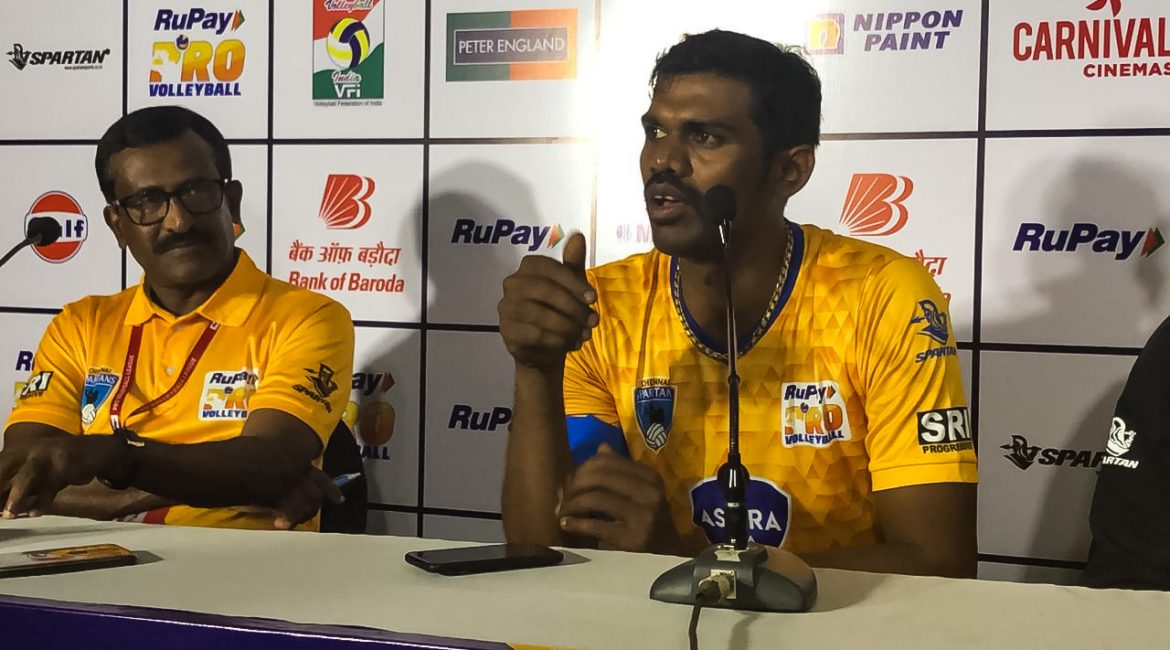 Chennai Spartans are looking to adapt quickly to the Super Serve and Super Point introduced in the ongoing inaugural RuPay Pro Volleyball League to make the games faster and spectator friendly. Spirited Spartans went down to Calicut Heroes in their season opener in Kochi on Sunday but Head coach MH Kumara expressed confidence that the side will bounce right back. “The format is exciting but different and it will take time for the boys, as well as coaches, to gain a firm understanding and adapt to situations,” Kumara told a post-match news conference. Each ace served gives the serving team two points and is called Super Serve. Each team can call for a Super Point once every set. If the team calling the Super Point wins the point it will get two points and if the team loses the point the opposing team gets a two-point advantage.

However, the Super Point can only be taken before a team reaches 11 points and cannot be carried forward. “The value of service (ace) has created a psychological impact on our players. I thought we served well (in the opening match). We received well in the beginning but failed to sustain that throughout the match,” Kumara said. “Our boys played well and I’m sure we will bounce back strongly,” he added. Spartans next meet Black Hawks Hyderabad on Feb 7. “We need to start better, that’s important for us. The opening match was an eye-opener, we will do better,” Spartans skipper Shelton Moses said. Matches in the League stage are being played to five sets of 15 points each with the first to reach 15 winning the set. The Playoffs will see each set played to 25 points. The winning team is awarded 2 points. If a team wins by 5-0, it will be called a whitewash and the winning team will be awarded 3 points for the same. Spartans belong to the House of KALS, a passionate and committed corporate entity that has been involved in developing volleyball in Tamil Nadu for over three decades.