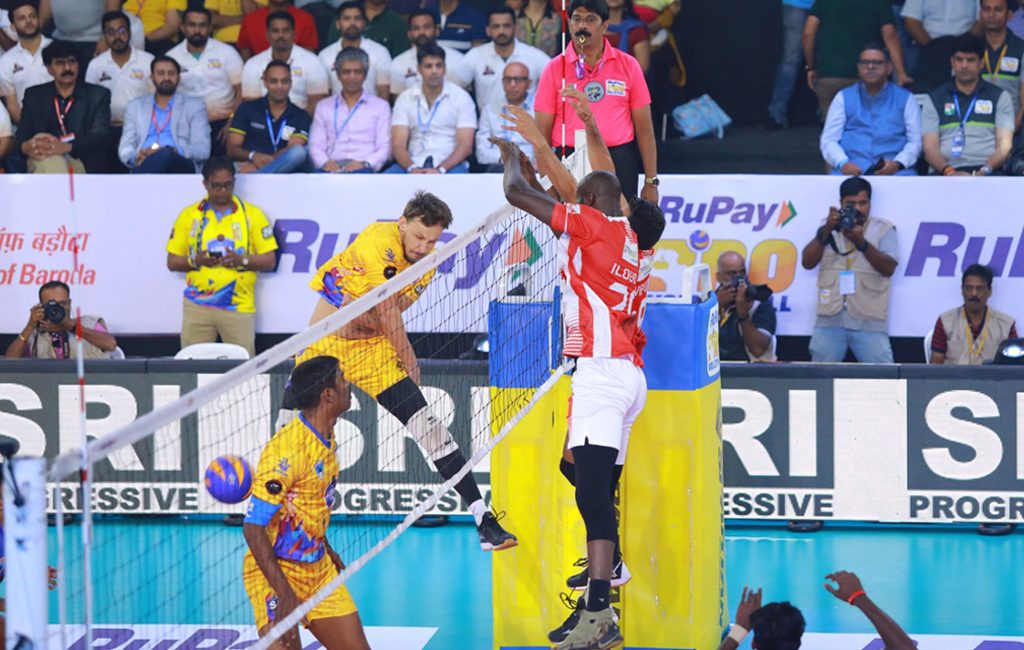 Chennai Spartans will lock horns with Calicut Heroes in the final of the inaugural RuPay Pro Volleyball League at the Jawaharlal Nehru Stadium in Chennai on Friday, aware that they are one step away from making history. Heroes are the form side – league table toppers and undefeated in the competition – and beat Spartans 4-1 in the league phase. However, Spartans have shown they possess that element of surprise which makes them dangerous, as was seen in their semifinal against Kochi Blue Spikers which the Chennai outfit won 3-2 after being down 1-2. “Calicut start favourites but we play at home and we have the crowd behind us. If we play as a team like we did today (semifinal), I think we can beat them,” said outside hitter Ruslans Sorokins, making Spartans’ intentions clear of wanting to emerge as the inaugural champions.

Latvia’s Sorokins top-scored for Spartans with 17 points in the semifinal and was adjudged Player of the match. “We played as a team; everyone pulled their weight. I enjoyed myself and am happy to have helped the team win,” added Sorokins. Head coach MH Kumara and skipper Shelton Moses were all praise for experienced setter Kapil Dev KJ, who played a key role in the semifinal win. “Kapil controlled the situation and we all played as one, that’s the reason we won. The home crowd backed us and that helped,” Moses said.

Kumara said Kapil displayed his versatility in the match. “Kapil provided the team with the rhythm, he proved that he is a great setter, he got everyone to play at their best,” the Head coach noted. Spartans belong to the House of KALS, a passionate and committed corporate entity that has been involved in developing volleyball in Tamil Nadu for over three decades.