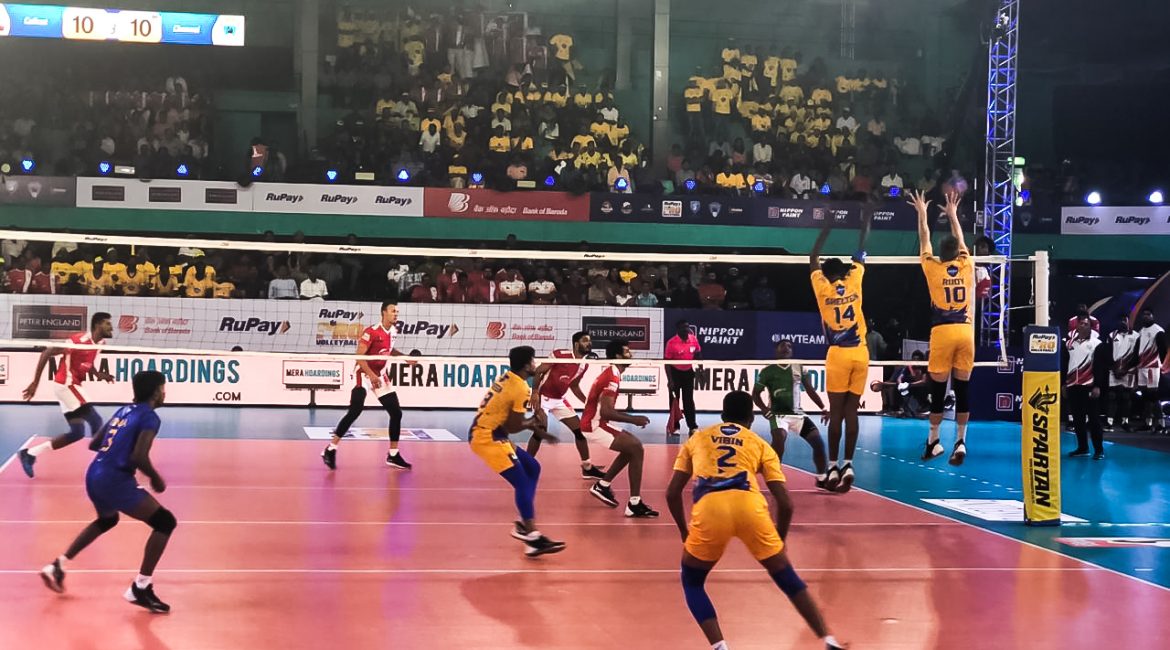 Chennai Spartans staged a late recovery in their season opener but it wasn’t enough as Calicut Heroes won the clash 4-1 (15-8, 15-8, 13-15, 15-11, 15-11) on the second day of the inaugural RuPay Pro Volleyball League in Kochi on Sunday. Spirited Spartans won the third set in style after having lost the opening two, and pushed the Heroes hard in the fourth set after the Super Point (2 points) scored by Akhin GS took them closer to their opposition at 5-8. However, Heroes stepped up the tempo to pull away strongly and win the fourth set at 15-11. Determined Spartans came back strongly in the fifth set and held a 7-5 lead following points from Rudy Verhoeff and Shelton Moses. The Calicut outfit, however, regain the initiative to jump to a 12-8 lead.

Points from Verhoeff and Ruslans Sorokins brought Spartans to 10-12 before Heroes closed out the set. Spartans next meet Black Hawks Hyderabad on Feb 7. Spartans belong to the House of KALS, a passionate and committed corporate entity that has been involved in developing volleyball in Tamil Nadu for over three decades.To make the competition faster and more spectator-friendly, the league stage will witness five sets of 15 points each with the first to reach 15 winning the set. The Playoffs will see each set played to 25 points with the winning team awarded 2 points. If a team wins by 5-0, it will be called a whitewash and the winning team will be awarded 3 points for the same.