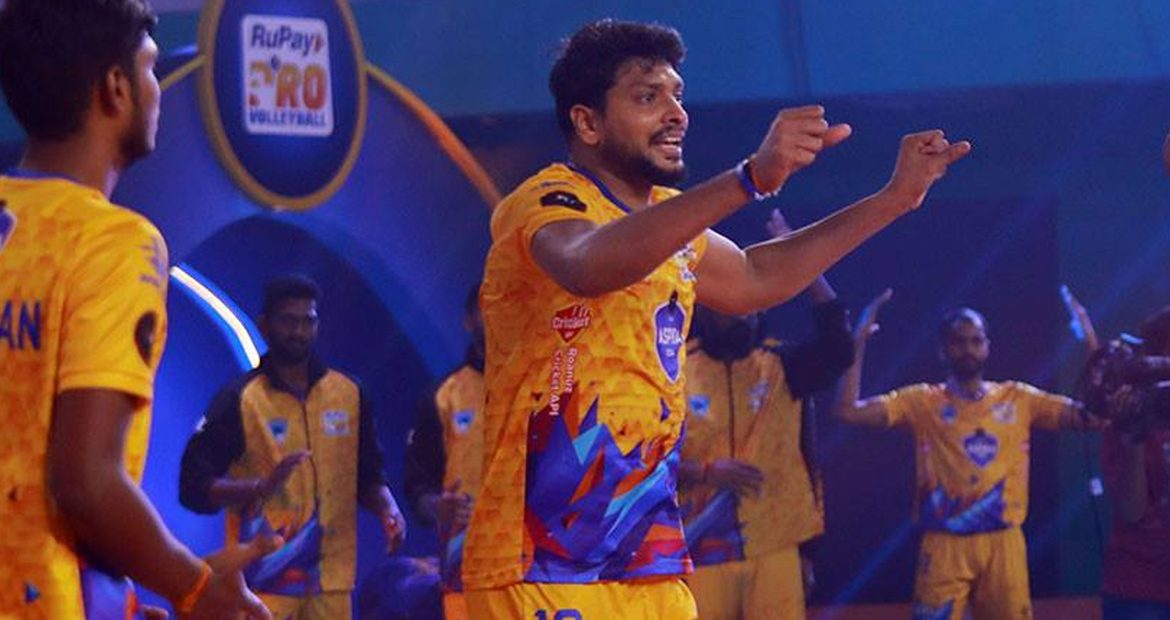 A few crucial changes in the line-up did Chennai Spartans a world of good as they defeated Black Hawks Hyderabad 4-1 for their first win in the RuPay Pro Volleyball League at the Rajiv Gandhi indoor stadium here on Thursday. The Spartans replaced their 40-year-old setter K.J. Kapil Dev with the 25-year-old V. Hariharan early in the match and that worked wonders. The Spartans also kept their younger players on stage for a major part and that helped. The Spartans were so good that they were able to recover from 0-5 and 5-10 deficits in the opening set to virtually take the match with a straight-set victory, though the bonus point eluded them. And the day’s hero was Naveen Raja Jacob who came up with some telling smashes and clever serves during crucial moments.

Led by American Carson Clark, the Hawks led 5-0 in the first set. The left-handed attacker Clark began his show with a smash and a drop and a little later, there was a fine serve by setter A. Muthusamy and some good work by Ashwal Rai and Rohit Kumar in the spiking and blocking departments.
But the Hawks suddenly went into a series of errors during this phase and when the Spartans won a super point with Shelton’s serve troubling the rival backcourt, the Hyderabad side’s lead was down to just two points at 10-8. That spurred the Spartans and Naveen and the Chennai side grew in confidence.

The Hawks put up a three-man block for Naveen but he evaded it smartly with his crosscourt smashes. The Spartans were stronger in blocking with Rudy Verhoeff, Ruslans Sorokins and G.S. Akhin often keeping the rival attackers in check. The Spartans led 7-3 in the second set and though the Hawks levelled at 11, the Chennai team’s two foreign stars — Rudy and Ruslan — came good towards the end and help their side break away. Naveen was at his best in the third set. When Ruslans produced a super serve, the Spartans led 7-4.