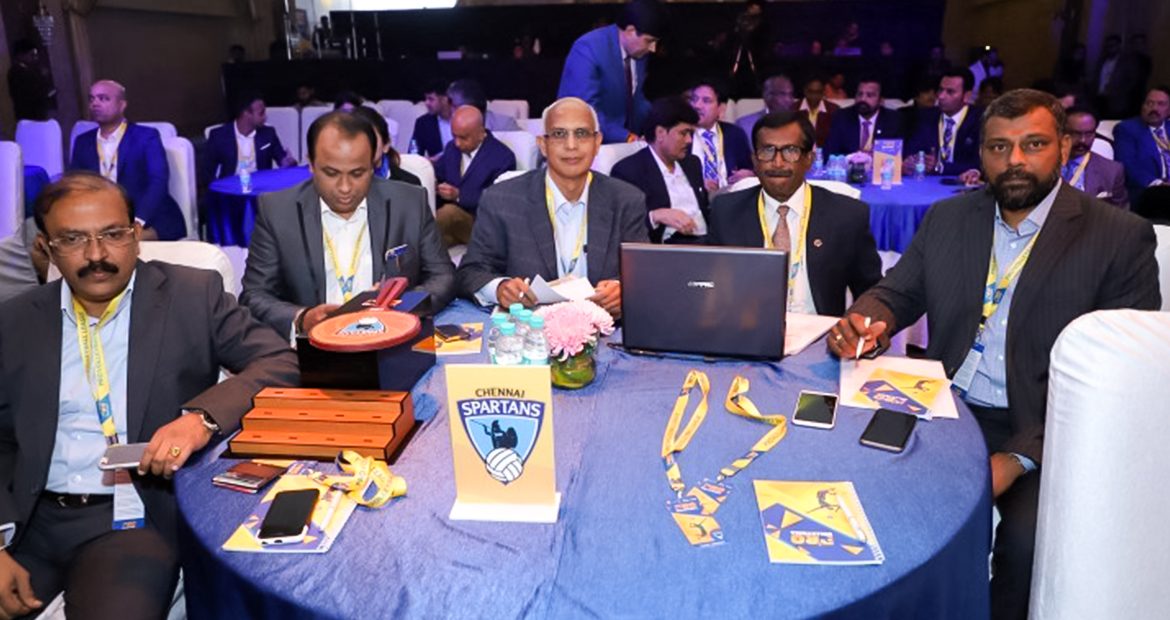 Chennai Spartans put together a strong outfit for the inaugural Pro Volleyball League to be held in February next year with Canada’s Rudy Verheoff (blocker) as one of their International picks and GS Akhin (blocker) as the Indian Icon player. The Kals Group-owned franchise bought libero P Prabhakaran (Railways) at Rs 5.2 lakh, attacker Naveen Raja Jacob (Tamil Nadu) at Rs 7 lakh and another attacker, Vibin George (Kerala), at Rs 4.8 lakh from the Indian Senior player category that had a base price of Rs 3 lakh at the Player Draft and Auction held in New Delhi on Friday, December 14.The 204 cms-tall Verheoff was the third pick on the International players draft. A 2016 Rio Olympian, the 29-year-old is also a North American Championships gold medallist.

“Given his rich experience globally as well as in the Swiss league, Rudy will be a huge asset to the team,” said Dr Uppiliappan Gopalan, who heads the franchise’s Corporate Communications and Branding. “We are thrilled to have him on board,” he added. The six participating franchises will be allowed to pick a second foreign player to complete the 12-member squad at a later date, the organisers said. Akhin was purchased at Rs 10 lakh – 25 per cent more that the Rs 8 lakh base price set for the Icon category. “I’m thrilled to be a part of the Chennai franchise. I studied in Tamil Nadu, began playing the game there and played my first Senior Nationals for Tamil Nadu, so I have a close bond with the state,” the 28-year-old Akhin said Spartans will take part in the inaugural season to be held in Chennai and Kochi between February 2 and 22. The other teams are Calicut Heroes, Ahmedabad Defenders, Black Hawks Hyderabad, Kochi Blue Spikers and U Mumba Volley.