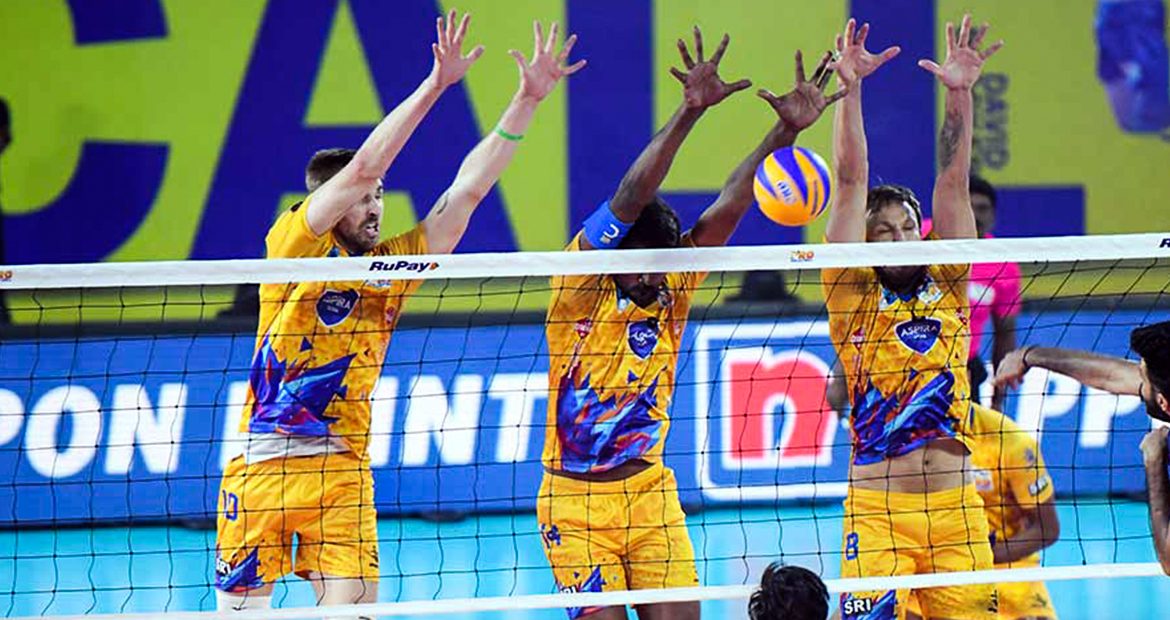 With their backs to the wall, – in a must-win game – delivered a resounding performance to thrash 4-1 (15-6, 13-15, 15-13, 15-11, 15-12) and make the semifinals of the Pro Volleyball League at Nehru Indoor Stadium on Sunday evening. The catalysts of Chennai’s victory were Canadian Rudy Verhoeff (20 points), vice-captain Naveen Raja Jacob (17 points) and Latvian Ruslans Sorokins (17).

“It was a team effort. On Saturday, we were very disappointed to have lost against U Mumba. But today, we showed what this team is capable of and Rudy brought his experience to the fore and scripted a fine win,” said Chennai coach MH Kumara.Skipper Shelton Moses felt playing the semifinals at home will be a big boost. “The crowd has been backing us and it gives us that extra motivation to go out there and do well in the semis stage of the tournament,” said Moses.The hosts took little time to stamp their authority as they won the opening set 15-6. Chennai benefitted from the strong showing by Naveen Raja (5 points) and the ever-dependable Rudy (4) as they surged to a 7-3 lead within minutes of the start. Rudy got two crucial points via a ‘Super Serve’ and Spartans soon sealed the set.

The subsequent period of play saw Ahmedabad make a comeback as they won a hard-fought second set 15-13. The visitors raced to a 6-1 lead by the time the first break in that set was taken. However, Chennai kept themselves in the set thanks to some incisive point-making by Rudy (2) and Ruslans (5). Rudy’s blocking during the ‘Super Point’ helped Chennai keep Ahmedabad’s lead to 8-7. However, Ahmedabad held their nerve to win that set.The third set saw both teams bring renewed intensity to the proceedings. The set was well poised at 11-11 when Naveen Raja’s (4 points) back-to-back serves gave Chennai two crucial points that helped them get the lead and eventually clinch the set 15-13. Apart from Naveen, Ruslans shone in the set with 4 points to his name. The fourth set was dominated by Chennai from the word go. Rudy led the way with 7 points and was well-supported by GS Akhin (2) as Chennai won 15-11. The fifth and final set too witnessed a one-sided affair as Chennai won it 15-12.Rudy, who has been Chennai’s go-to man, said, “It is great to be doing well and helping in the team’s cause. I am happy with the faith shown by the team management,” Rudy said after the match.