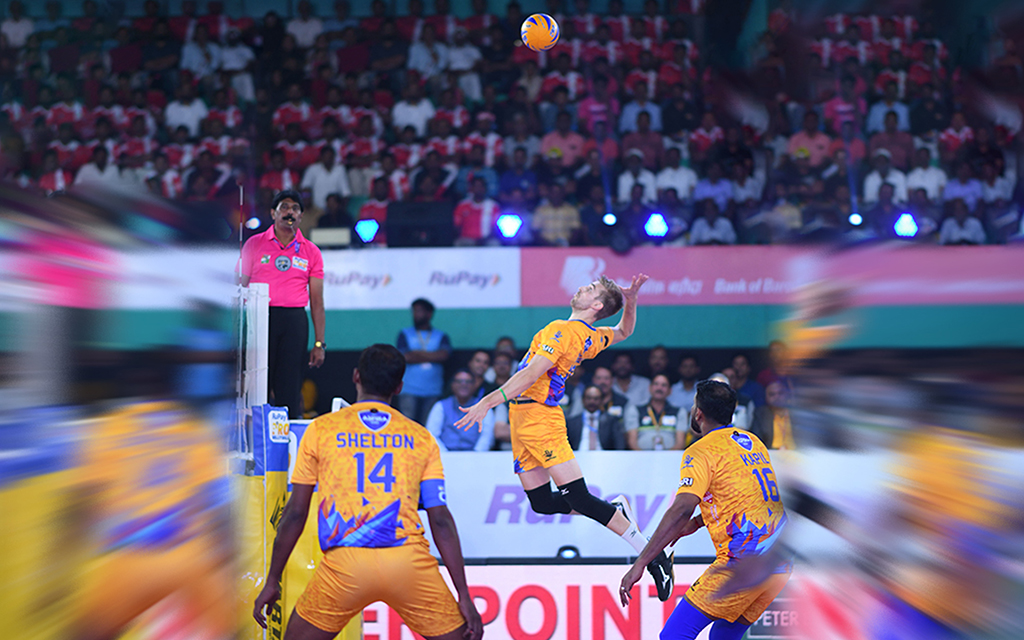 Chennai Spartans will have the opportunity to etch its name in Pro Volleyball League history when it meets Calicut Heroes in the title decider at the Jawaharlal Nehru Indoor Stadium here on Friday. Chennai will have the home court advantage and the MH Kumara-coached side will hope for another sell-out crowd, which has driven it past the finish line in its last two matches. While the yellow-clad fanatics will do their bit from the stands, the host will have its task cut out on court against a well-drilled Calicut unit. The Kerala-based franchise, which is undefeated in the inaugural edition, made light of U Mumba Volley in the semi-finals, crushing it in straight sets. The last time Spartans and Heroes were pitted against each other, the latter sailed to a 4-1 success.

“We had lost to Kochi Blue Spikers in the round-robin phase, but beat it in the last four stage. This is the final and the boys will play with a different mindset. We have analysed our opponent’s strengths through video analysis. The team had a bit of recovery after Wednesday’s game and trained in the evening,” Spartans coach Kumara told DT Next. The attacking trio of Rudy Verhoeff, Naveen Raja Jacob and Ruslans Sorokins will have to come to the fore if Chennai is to be crowned the first champion in the league. Rudy has been in red hot form for the home side, having contributed a whopping 71 points in its previous four clashes. Throughout the tournament, the Canadian has picked up 93 points and leads the ‘Total Points’ chart. Naveen and Ruslans have bagged 70 and 55 points respectively since the start of the season. After a few quiet games, Latvian Ruslans has hit the ground running recently, notching up 17 points each in his last two appearances for the team. If there is one area Chennai has to put in the hard yards, it is its blocking. The side stands last in the ‘Block Points’ leaderboard, with 28 under its name in six matches.

“Despite being the weakest of all teams (in blocks), we have made it to the final. All our players are experienced, they know the place to jump and the angle in which they should approach the ball. But, we would like to improve before we face Calicut,” added Kumara. Heroes’ dream run in the competition isn’t down to one man. In fact, four of its players – Jerome Vinith (81), C Ajith Lal (75), Paul Lotman (55) and A Karthik (52) – have crossed the 50-point barrier thus far. Calicut has notched up 46 serve points, nearly half of it coming in Super Serves. Vinith and Karthik have been its leading lights in that department, dishing out four each. An all-star women’s exhibition match will be held ahead of the PVL grand finale.