Can Spartans down a confident Heroes?

Pro Volleyball > Highlights > Can Spartans down a confident Heroes? 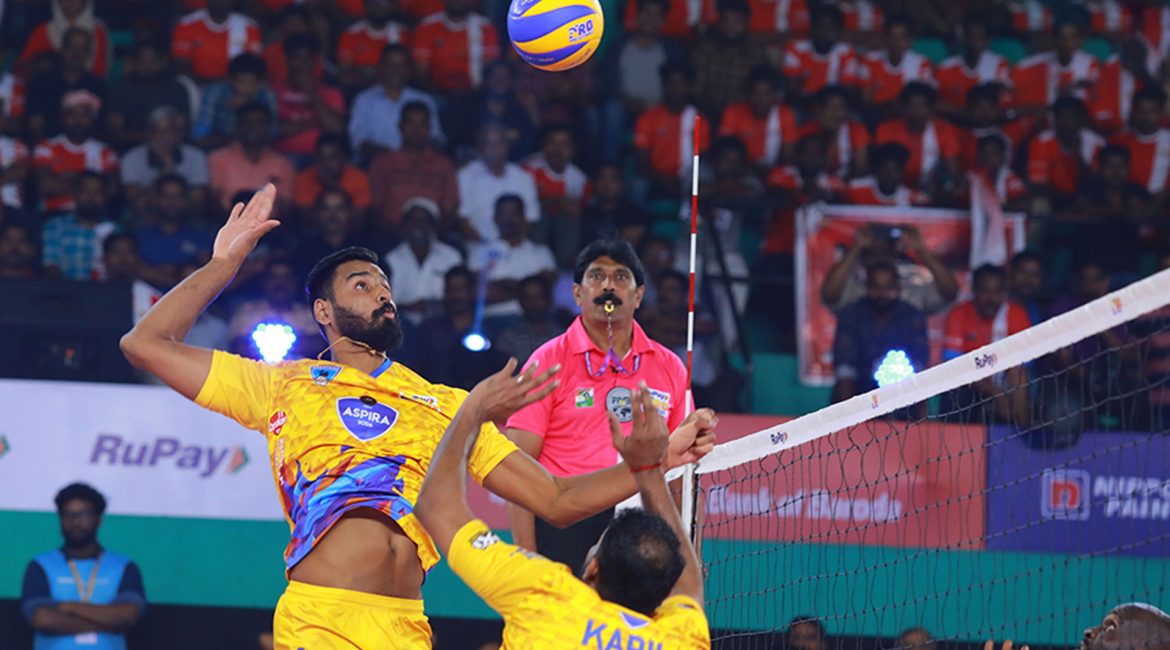 The Pro Volleyball League (PVL) has been a crowd-puller, thanks to a few unique rules like the super serve, super point and 15 points per set. With that and the foreign players — mostly European — bringing in the European/Western style of play (strategy-based), the games have been highly entertaining. A few foreign players feel that the Indians have coped well, getting used to the high level of intensity. “They’re learning to strategise better in high intensity,” said Chennai Spartans’ Ruslans Sorokins. “They are getting better,” was how Tomislav Coskovic of U Mumba Volley put it. It is the two teams that have had its Indian players deal with, and strategise in, the intensity than the other teams that have qualified for the final of the inaugural season to be played at the Nehru indoor stadium on Friday — Calicut Heroes and Chennai Spartans. The unbeaten Heroes are widely expected to win as they are a supremely confident team.

Their captain Jerome Vinith has already said his team was confident of clinching the title. Even before the semifinal, manager Kishore Kumar had predicted that his side “will have it easy” against U Mumba. Chennai will hope the crowd support serves as a performance-booster. For, a few Spartans’ players and coach M.H. Kumara attributed the win in the semifinal to the phenomenal crowd support. Even the Kochi Blue Spikers acknowledged it. Both Heroes and Spartans are attack-oriented sides. Vinith, Paul Lotman and Karthik will be the key players for the visitors while Rudy Verhoeff, Ruslans Sorokins and Naveen Raja Jacob will be the spearheads for the hosts.